To achieve faster application delivery, the right infrastructure automation tools must be used in DevOps environments. Unfortunately, there is no single tool that fits all your needs, such as server provisioning, configuration management, automated builds, code deployments, and monitoring.

What are the Best DevOps Tools for Infrastructure Automation?

I have listed a few great tools below, which come under various categories like configuration management, orchestration, continuous integration, monitoring, etc.,

We have categorized the toolsets into the following.

Unlike other configuration management tools, terraform does a great job of maintaining the state of your infrastructure using a concept called state files.

You can get started with Terraform in days as it is easy to understand. Terraform has its own domain-specific language (DSL) called HCL (Hashicorp configuration language).

Also, you can write your own terraform plugin using Golang for custom functionalities.

Terraform has huge community support and most of the modules required for infrastructure provisioning on all the cloud platforms can be found on the terraform registry.

You can use the following resources to get started with Terraform.

Pulumi supports all the major cloud platforms like AWS, Google Cloud, and Azure. The best part is, it uses similar concepts like Terraform for state management.

If you are someone who wants to write pure code for your Infrastructure, you will give it a try for Pulumi.

Playbooks are written in YAML format, and it is relatively easy to write compared to other configuration management tools. Like other tools, Ansible can also be used for cloud provisioning.

Ansible also supports dynamic inventory where it can fetch the server details dynamically through API calls.

But it is better to use tools like terraform and Ansible for infrastructure provision and use Ansible for just configuration management.

You can find all community playbooks from Ansible Galaxy

is a ruby-based configuration management tool. Chef has the concept of cookbooks where you code your infrastructure in DSL (domain-specific language) and with a little bit of programming.

Chef configures virtual machines according to the rules mentioned in the cookbooks.

A chef agent would be running on all the servers which have to be configured. The agent will pull the cookbooks from the chef master server and run those configurations on the server to reach their desired state.

You can find all the community cookbooks from Chef Supermarket.

Puppet is also a ruby-based configuration management tool like Chef. The configuration code is written using puppet DSLs and wrapped in modules.

While chef cookbooks are more developer-centric while the puppet is developed by keeping system administrators in mind.

Puppet runs a puppet agent on all servers to be configured and it pulls the compiled module from the puppet server and installs the required software packages specified in the module.

You can find all community Puppet Modules from Puppetforge

Saltstack is a python based opens configuration management tool. Unlike chef and puppet, Saltstack supports the remote execution of commands.

Note: The tool selection should be based entirely on project requirements and the team’s ability to learn and use the tool. For example, You can use Ansible to create infrastructure components and to configure VM instances. So if you have a small team and environment, terraform is not required to manage the infrastructure separately. Again it depends on how the existing team can learn and manage the toolsets

Helm is a configuration and package manager for Kubernetes. You can deploy any complex application on a Kubernetes cluster using Helm Charts.

You can use a single template to deploy multiple applications.

Also, look at Kustomize. It is a native configuration management utility for Kubernetes.

Now let’s look at the best CI/CD tools that can be part of infrastructure automation.

Jenkins is a java based continuous integration tool for faster application delivery. . Jenkins has to be associated with a version control system like GitHub or SVN.

Whenever a new code is pushed to a code repository, the Jenkins server will build and test the new code and notify the team of the results and changes.

Jenkins is not just a CI tool anymore. Jenkins is used as an orchestration tool for building pipelines involving application provisioning and deployment. Its new pipeline as code functionality lets you keep the CI/CD pipelines as a complete code.

If you are using GitHub, Github actions are a great way to set up your CI pipelines.

GitHub actions provide many integrations and workflows to set up a CI pipeline. In addition, it can be used on public and enterprise Github accounts.

The concept of Github runners helps you to set up a CI execution environment in a self-hosted environment.

Kubernetes is one of the best container orchestration tools.

If you are using Kubernetes, operators are something you should really look at. It helps in automating and managing the Kubernetes application with custom user-defined logic.

You can use GitOps methodologies to have completely automated kubernetes deployments based on Git changes and verifications.

You can look at the following operator-based CD tools.

If you want to follow an immutable infrastructure pattern using Virtual machines, Packer comes in handy to package all dependencies and build deployable VM images.

It supports both private cloud and public cloud VM image management. You can also make Packer a part of your CI pipeline to build a VM image as a deployable artifact.

These containers can be shipped to any other server without making changes to the application. Docker is considered to be the next step in virtualization.

Docker has a huge developer community and it is gaining huge popularity among DevOps practitioners and pioneers in cloud computing.

Podman is an open-source container management tool like Docker. It helps you run rootless containers. Also, you can also run containers as pods. The same pod definition can be used to deploy pods on Kubernetes.

You can use the following tools for developing and testing your infrastructure code.

Vagrant is a great tool for configuring virtual machines for a development environment. Vagrant runs on top of VM solutions like VirtualBox, VMware, Hyper-V, etc.

You can follow our getting started with Vagrant guide to learn more about it.

Vagrant uses a configuration file called Vagrantfile, which contains all the configurations needed for the VM.  Once a virtual machine is created and tested using a Vagrantfile, it can be shared with other developers to have identical development environments.

Vagrant also has plugins for cloud provisioning and integration with configuration management tools (chef, puppet, etc.) to configure the VM on run time.

Minikube provides a local development setup using Kubernetes. You can use Mikukube for developing and testing Kubernetes. It is lightweight and fast.

If you want a full-fledged Kubernetes setup on your local workstation, you can look at the Kubernetes vagrant setup.

Consul is an open-source highly available key-value store. It is mainly used for service discovery purposes. If you have a use case to store and retrieve configurations in real-time, consul is the right fit.

etcd is another open-source key-value store created by the CoreOS team. It is one of the key components that is part of Kubernetes architecture for storing the state of cluster operations and configurations.

Hashicorp Vault is an open-source tool for storing and retrieving secret data. It provides many functionalities to store your secret key in an encrypted way. You can create ACLs, policies, and roles to manage how the secrets will be accessed by end users.

You can also integrate vault with Kubernetes cluster to inject secrets into pods.

Monitoring is also an important aspect of infrastructure automation. You can use metrics and alerts from monitoring systems to automatically take decisions like scaling, notifications, remediations, etc.

Prometheus is an open-source monitoring system. It is very lightweight and specifically built for modern application monitoring. It supports Linux server and Kubernetes monitoring.

It has out-of-the-box support for Kubernetes and Openshift monitoring. The alert manager manages all the alerting setups for the monitoring metrics.

Also, there are many open-source exporters available for applications. You can use these exporters to push application metrics into Prometheus.

Sensu is an open-source monitoring framework written in Ruby. Sensu is a monitoring tool specifically built for cloud environments. It can be easily deployed using tools like chef and puppet. It also has an enterprise edition for monitoring.

Infrastructure automation is a requirement for every DevOps team. Usage and selection of a tool depend on factors like cost, skillset, functionality, etc.

Again one tool will not definitely fit your needs. The selection of toolsets should be based on the organization’s/team requirements rather than the functionality of the tool.

So what tools are you using for infrastructure automation? 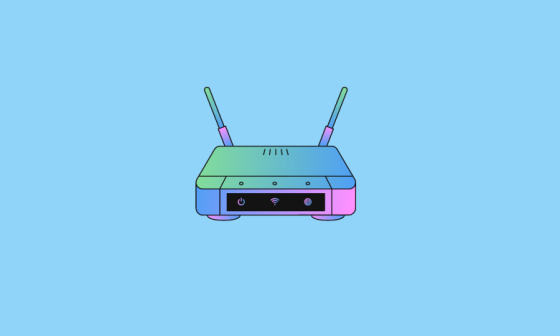 Read More
LLATEST
In this blog we will look at what is NAT(Network Address Translation) and the key concepts and workflows…
Read More
DDEVOPS
Programming Languages… AH! There are so many!! And it is really confusing to figure out which language you…
Read More
DDEVOPS
We are in an era of microservices where modern applications are split into individually deployable components. Jenkins with…
Read More
CCOMMON
In this tutorial, you will learn how to set up a four node docker swarm cluster. Prerequisites Minimum…
Read More
DDEVOPS
Continuous Integration (CI), Continuous Delivery and Continuous Deployment (CD) have become a part of the daily life for…
Read More
DDEVOPS
In our last post, we wrote about setting up docker containers as build slaves. Integrating docker into your…