Packer is an open-source VM image creation tool from Hashicorp. It helps you automate the process of Virtual machine image creation on the cloud and on-prem virtualized environments.

To put it simply, whatever manual steps you perform to create a Virtual machine image can be automated through a simple Packer config template. You declare the state of the VM image you need, and Packer builds it for you.

The following are the main use cases for Packer.

Basically, all the above use cases are part of the CI pipelines or IaaC code pipelines where every Packer template is version controlled. Even the packer template development or update should go through all the CI tests before getting deployed in a project environment.

In this Packer beginner tutorial, you will learn the following.

Let’s get started with the Packer setup.

Note: If you are setting up Packer on your workstation for debugging or testing purposes, you need the AWS access and secret keys for Packer to interact with AWS services. Make sure you have the AWS access keys set on the file ~/.aws/credentials. It is not mandatory to have a credentials file. You can pass the AWS credentials using the packer variable declaration as well.

Step 1: Download the latest Packer executable from the Packer downloads page. https://www.packer.io/downloads.html. It is available for Windows, Linux, and other Unix platforms.

For Linux, you can install Packer from the respective package managers or you can get the download link from the download button and download it using wget.

For example, In Ubuntu

You should see the output as shown below.

Building a VM image using Packer is a simple process. The workflow is somewhat similar to building VMs using Vagrant

Take a look at the following high-level Packer workflow diagram.

Let’s break down the process.

All the code used in this article is hosted on a Packer Template Github repository. You can clone or fork it to keep it as a reference. Or you can use the template directly from the packer-aws-shell folder

Please feel free to contribute to the repo with more templates.

Note: From version v1.7 Packer uses HCL format templates. JSON support is also there. But it’s recommended to change to HCL format as the newly developed features will not be added to the JSON-based template. If your exiting project or organization users JSON templates, you can convert them to HCL templates. See Upgrading JSON to HCL for more information.

Let’s have a look at the HCL Packer template in detail.

An HCL template has a few blocks. Let’s understand each block with sample configuration before we create the AMI with Packer

Using the variable block, you can declare the default Packer parameters as variables. The declared variables can be overridden from the command line during the packer build process.

You can make use of packer variables for dynamic configuration when used with CI tools like Jenkins.

The variables block holds all the default variables within a template. An example is shown below.

The declared variables can be accessed in other parts of the template using "${var.app_name}" syntax. An example is shown below.

Let’s say, you want to use the SCRIPT_PATH environment variable that holds the path to a shell script that has to be used in the shell provisioner. You can declare that variable as shown below.

Then, you can use the script_path variable in the provisioned block like shown below.

Note: In the above example, ami.pkr.hcl is the packer template file.

You can also use an HCL file to eternalize all the variables in the template. Let’s say we have a variable file named vars.packer.hcl, you can add the variables as shown below.

And during the packer build, you can pass this file as shown below.

You can also list all the variables in a JSON file and pass it during the packer build as shown below.

Locals are also variables, but they cannot be overridden. It is scoped within the Packer template.

You can interpolate a variable with a local as shown below.

If you want to pass any sensitive information in a variable, you can convert it to a local value and then mark it as sensitive. This way, the value won’t be printed anywhere in the Packer build logs.

Also, In the following code block, you can see that we are calling ${var.ami_id} declared in the variable block.

Check the official builder plugin documentation to know about the list of supported builders.

In this block, we declare all the provisioners and post-processor.

The provisioner block is part of the build block. Here you can mention how you want to configure the VM image. You can run shell scripts, Ansible playbooks, Check cookbooks, etc. See the provisioners page for all the supported provisioners.

The script or ansible-playbook should be present in the folder where you have the Packer template.

Also, there is a file provisioner using which you can copy files from the packer machine to the AMI.

Post-Processor is not a mandatory block. In this block, we can specify what to do after creating the Image. For example, you can execute a local shell script to create a file with all the image details.

Also, you can use the manifest post-processor to get the AMI details in the manifest.json file.

Now let’s see how to create an AMI using the Packer HCL template.

Note: I have given a basic example with minimal configurations just for your understanding. When it comes to Packer implementation in the real-time project, more customizations may be needed in terms of variables, naming schemes, builder plugging, etc.

Here is what the template does.

Let’s get our hands dirty with a practical example.

Step 2: Inside the packer-vm folder, create a file named “vm.pkr.hcl” and copy the following HCL template.

If we put together all the blocks I explained in the above section, we get the following HCL Template.

Step 3: Create a folder named script inside the packer-vm folder and cd into the script directory.

Step 3: Create a file name script.sh and copy the following shell script to it. It just updates the yum repo and installs httpd. Here, you can add all the shell scripts that you want to get executed during the AMI creation.

Step 4: [Very Important] Now that we have all the required files, let’s understand the required packer authentication.

If you are running Packer on your workstation for debugging or testing purposes, you need the AWS access and secret keys for Packer to interact with AWS services. Make sure you have the AWS access keys set on the file ~/.aws/credentials.

Alternatively, you can pass AWS keys in the source block, as shown below. It is not a recommended practice. Accidently you might commit this to a source code repo.

If you are running Packer from an AWS ec2 instance, make sure you add an IAM role with permissions to interact with AWS ec2 services. I have added the required IAM policy JSON in Github. See Packer IAM policy JSON

Step 5: Now let’s validate the Packer HCL template before we build it. Validation is very important in the CI process.

The above command runs for almost 3 – 5 minutes.

If you check your AMI list, you should see an AMI named PACKER-DEMO-httpd.

There are situations where you might need to debug a packer build.

The -debug flag lets you debug the AMI build.

When you run packer in debug mode, You need to approve each packer step manually as shown in the image below.

Also, You can ssh into the ec2 instance created by Packer using the temporary ssh key or the ssh key pair provided in the packer config.

If you don’t specify the ssh key in the packer configuration, it creates a temporary ssh key and places it in the same folder where you run the packer command.

So that you can use the IP address and temporary ssh key to log in to the packer VM to debug the issues.

Another way to debug the packer build is through packer detailed logs.

To get the build logs, you need to set the following environment variable before running the packer build command.

Replace /path/to/packer.log with the required log path. if you just specify packer.log, packer creates the log file in the folder where the Packer command is getting executed.

To persist this environment variable, add it to the $HOME/.bashrc file or add it as s script in /etc/profile.d folder.

Packer templates should be treated as any other Infrastructure as code that involved testing.

When implementing packer in production workflows, ensure you write the necessary tests as part of your CI/CD pipeline.

Check out this repo for packer inspec reference.

Important Note: JSON type templating is not in development anymore. This section is just for a reference to the old type JSON template.

Let’s have a look at the JSON-style template in detail.

The JSON template has the following three main parts.

An example template for packaging an AWS AMI is given below.

Also, we have used a shell provisioner which calls a demo-script.sh file.

In this example, we will bake a t2.micro AMI using a shell provisioner. A shell script that has an update and HTTPD install instructions.

We assume that you have the AWS access keys and region set in the ~/.aws/credentials file.

Follow the steps given below to set up the project.

Step 2: Create a script file named demo-script.sh and copy the following contents on to it.

The above script just updates the repository and installs httpd.

Step 3: Create a httpd.json file with the following contents.

We have our template ready. The next step is to execute the template for packaging the AMI with HTTPD installation.

Note: If you are using command line variables or a file as a variable, you should pass it while validating it. An example is shown below.

The above command should validate and inspect without any errors.

Step 5: To build our new AMI, use the following command.

The above command will build a new AMI.

You can also debug the image creation. Check out this thread for packer debugging.

Tip 1: You can capture the output of the image build to a file using the following command.

Tip 2: Then you can extract the new AMI id to a file named ami.txt using the following command.

In this packer tutorial for beginners, I have covered the basics of image creation using Packer.

There are more customizations you can do in your Paker templates when it comes to a real-time project.

Again, it depends on what you want to achieve using packer.

You might be using Jenkins for image build pipelines or maybe custom utilities.

Either way, drop a comment and let me know how you manage images in your project.

Read More
DDEVOPS
A proxy server has many use cases. it could range from personal internet access to restrict organization systems/servers…
Read More
DDEVOPS
In our last post, we wrote about setting up docker containers as build slaves. Integrating docker into your…
Read More
DDEVOPS
Deploying applications these days are really a big thing. Especially developers are already working hard for their logic…
Read More
DDEVOPS
To achieve faster application delivery, the right infrastructure automation tools must be used in DevOps environments. Unfortunately, there… 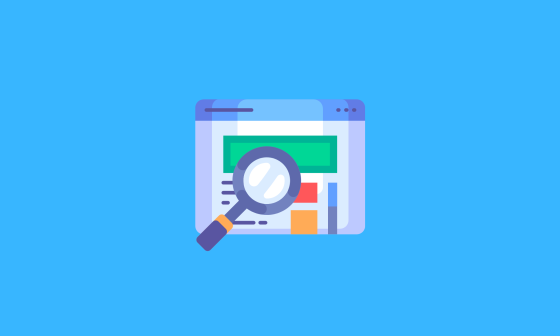 Read More
DDEVOPS
If you want to understand what is Observability, its importance, its benefits, and its components, this guide is…
Read More
DDEVOPS
As part of getting started, you should have a valid Google Service account which has required permissions to…