In this blog, you will learn the concept and differences between Infrastructure as Code, Configuration Management, and Infrastructure Provisioning. We will also look at popular tools for each and how they work together.

Let’s look at some of the fundamentals from an infrastructure standpoint before moving on to the key concepts.

What is Infrastructure as Code (IAC)?

Traditionally, IT Infrastructure (Servers, storage, network, etc) was provisioned manually or using tools. There was no self-service portal. As a result, a server or network provisioning request might tasks days to weeks to get fulfilled

But with the advent of cloud computing, provisioning infrastructure has become easy as most of the complex configurations are abstracted away by the cloud providers using virtualization and software-defined networking (Private and public clouds). You can provision network, servers, and storage in a few minutes.

And the best part is everything is API driven. All cloud providers expose APIs to interact with their platform to provision infrastructure. If it is API driven, you can use any programing language to manage your IT infrastructure. Not only just provisioning, but you can also configure the provisioned resources using code.

Over time, many tools have evolved to make Infrastructure as code simple. These tools further abstracted away the code complexity using their domain-specific languages. At the backend, it uses cloud-specific API calls to provision and manage the resources. It helps sysadmins and engineers without programming knowledge to adopt infrastructure as code.

Following are some of the key benefits of IaC

All these IaC tools primarily fall under two categories.

The primary goal of IaC tools is to bring the infrastructure component to the desired state declared by the user. If someone makes a manual change to the resource created by an IaC tool, you can re-run the code and bring it back to the desired state.

Once you have the infrastructure code ready, you can use it to create an environment anytime you want without much manual intervention. Just the parameters would change, and the code remains the same.

Most of the IaaC (Open Source) tools can be used on any cloud platform or on-prem environment s without a vendor lock-in unless you use a cloud or vendor-specific tool to manage your infrastructure.

All the IaC tools follow the concept of idempotency. Meaning, no matter how many times you run the code, if the infrastructure or configuration is already present, it won’t make any change.

The following image shows a high-level overview of Infrastructure as code development and deployment workflow. I have used AWS cloud as an example. Here the CI/CD server orchestrates the whole provisioning workflow.

What is Infrastructure Provisioning?

Terraform, Pulumi and Cloudformation are classic examples of infrastructure provisioning tools. It creates networks, servers, managed services, etc. Its primary purpose is to keep the infrastructure in its desired state and reproduce or update it whenever needed.

With infrastructure provisioning tools, you can also trigger configuration management tools. So, for example, you can have Terraform code to create Virtual machines and have logic to run Ansible provisioners on the created Virtual Machines.

What is Configuration Management?

Configuration management is the process of configuring provisioned infrastructure resources. For example, configuring a server with required applications or configuring a firewall device.

The primary goal of configuration management tools is to configure the server. Meaning, if you want to automate the installation and configuration of an application(e.g., Nginx) in a server, we use a tool like Ansible and Chef. It does all the configurations in an idempotent manner.

Also, these tools help in managing the configuration drift. It ensures all the servers are running in the same configuration mentioned in the ansible-playbook or a chef cookbook. In the case of an agent-based chef/puppet, if someone changes the server config manually, the chef agent brings it back to the desired state, as mentioned in the cookbook.

All the configuration management tools keep an inventory of the server’s IP address and SSH credentials to connect to the servers. However, in cloud environments where servers are dynamically provisioned, it uses an API-based dynamic inventory to get the server details.

The following image shows a high-level overview of how a configuration management tool works.

Another practical use case of configuration management tools is to create virtual machine images for immutable infrastructure deployments. For example, tools like Packer has provisioner functionality where you can use Ansible, Chef, or Puppet modules to configure the server image with application code.

Can you use configuration management tools to provision resources?

What is the difference between orchestration and configuration management?

Orchestration is the process of coordinating multiple automation pipelines and integrating different toolsets. At the same time, configuration management configures a server with the required applications and configurations.

What is a Practical Example of Orchestration in DevOps?

One practical example of Orchestration is a Jenkins CI/CD pipeline. When a developer raises a pull request or commits code to git, Jenkins takes care of testing, packaging, creating infrastructure resources, and deploying applications to the server. Here Jenkins orchestrates the whole process integrating multiple DevOps tools and executing the automation in order.

In this blog, I have answered the following questions.

We also looked at practical examples of all the concepts. Please let me know in the comments section if you have any doubts or queries.

Also, you can look at the best infrastructure automation tools and container orchestration tools to understand more about the tools landscape. 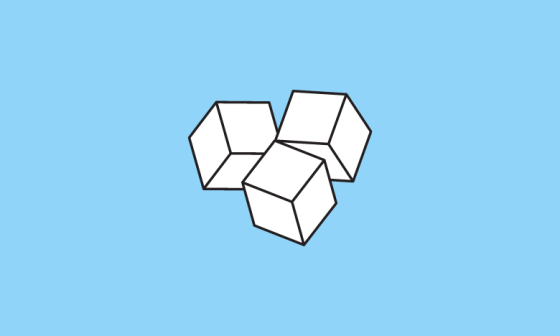