How To Create Kubernetes Jobs/Cron Jobs – Getting Started Guide 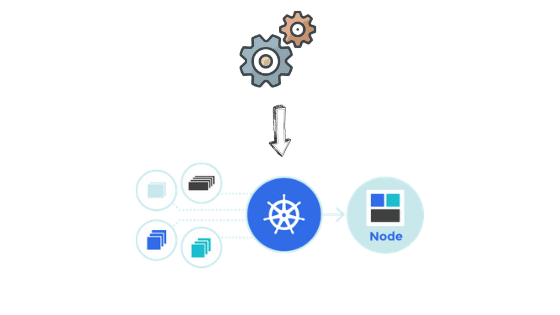 Kubernetes jobs are primarily meant for short-lived and batch workloads. It runs for completion as opposed to other objects like replicasets, replication controllers and DaemonSets which runs continuously. This tutorial explains the process of creating kubernetes jobs and cron jobs along with few tips and tricks.

Jobs run until the tasks specified in the job is completed. Which means, if the pods give exit code 0, the job will exit. Whereas in normal Kubernetes deployments, irrespective of the exit codes, the deployment object will create new pods when it terminates or throws an error to keep the desired stated of the deployment.

Also, during a Job run, if the node hosting the pod fails, the job pod will get automatically rescheduled to another node.

The best use case for Kubernetes jobs are,

In this example, we will use an Ubuntu container which runs a for loop and echoes a message based on the argument you pass to the container. An argument is a number which decides how many times the loop should run.

For example, if you pass 100 as an argument, it will echo the message 100 times and the container will exit.

Lets get started with job with a simple setup.

When a job is deployed you can make it run on multiple pods with parallelism.

For example, if you want to run 6 pods and run 2 pods in parallel, you need to add the following two parameters to your job manifest.

Here is the manifest file with those parameters.

You cannot have a sigle job manifest file and create multiple jobs from it. Kubernetes will throw an error stating that job with the same name exists.

To circumvent this problem, you can add the generateName name parameter to the metadata.

In the above example, every time you run the manifest, a job will get created with kube-job- as a prefix followed by a random string.

What if you want to run a batch job on specific schedules, for example, every 2 hours. You can create a Kubernetes cronjob with a cron expression. The job will automatically kick in as per the schedule you mention in the job.

Here is how we specify a cron schedule. You can use the crontab generator to generate your own schedule.

If we were to run our previous job as a cron job every 15 minutes, here is how the manifest looks. Create a file named cron-job.yaml and copy the following manifest.

There are situations where you might want to execute the cronjob in an ad-hoc manner. You can do this by creating a job from an existing cron job.

For example, if you want a cronjob to be triggered manually, here is what we should do.

There are few more key parameters you can use with kubernetes jobs/cronjobs based on your needs. Lets have a look at each.