Permissions in Linux plays an important part in administration as well as application configuration. Whether you are a system administrator or a developer, it is mandatory to understand how permissions work in Linux systems.

At times, even will get confused about the numbers and notations used for setting up file permissions. In this article, we will learn the concepts and commands involved in Linux file permissions from a beginner perspective.

Before diving into commands, you should understand the basic notations used for representing permissions.

The read, write and execute Permissions are denoted by letters r, w and x

Read, Write and Execute can also be denoted using Octal.

Let’s say a file has read, write and execute permissions, then you can denote that in a number as 7 (ie, 4+2+1=7). You will understand about this more in the following sections.

User, Group and Others (UGO)

User – The owner of the file. Mostly, one who created the file.
Group – The group which the file belongs to.
Others – Everyone other than the user and the group.

Every file has a permission associated with it. To list the assigned permissions for files (also hidden files) in your current directory, use the following command.

Now, lets dissect the output and see how to understand the permissions of files.

-rw-rw-r–. represents the file permissions. if the line starts with “-” it means it is a regular file. If it starts with “d” then it is a directory. Followed by that, you have three sets of “rwx”.

In the above output, the first line shows the permissions of the demo.sh file. It shows that it is a regular file and permissions as follows.

Have a look at the following image for better understanding.

Changing permissions of a file

“chmod” command is used for changing the permission of a file/directory. You need two parameters for chmod command as shown below.

Permissions can be assigned using “+” and “-” symbols. Lets look at some examples.

2. To revoke the access given to the user, you can use “u-” command as shown below. This will unset all the given permissions.

In the same way, you can replace “u” with “g” and “o” for assigning permissions to groups and others.

3. To assign permissions for ugo at the same time, you can use the following syntax.

We have seen how octal can be user to represent permissions. Have a look at the image below to get more ideas about octal representation.

While using octal, we represent the permissions using three numbers. First for the user, second for the group and the third one for others.

1. To give the user all permissions use the following form.

2. To give the user all permissions, the group just read/write and others only read, use the following command.

In this manner, you can assign different permissions to users, groups and others.

The sticky bit is a Permission bit for a file or a folder. It  is set, only the file or directory owner and the root will be able to delete it. This permission is very useful in scenarios where you want to share a folder with multiple users. Sticky bit avoids deliberate and accidental deletion of files by other users.

In the above command, 1 represents sticky bit and 755 represents the normal file permissions. To ensure that sticky bit is assigned, user “ls -la” command and see if a T flag is added to the permission block as shown below. 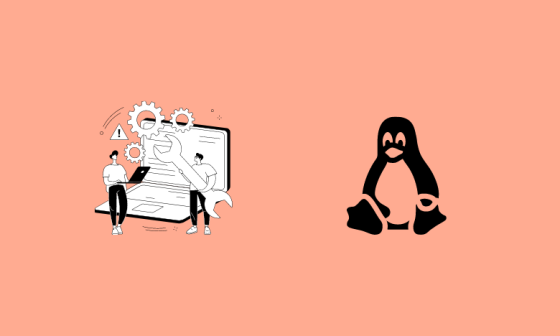 Read More
LLINUX
Network configuration, diagnostics and general Linux troubleshooting are essential parts of System administration. Even for a developer who…
Read More
LLINUX
At some point in you developer career , you will have to work with Linux Systems and you…