How To Setup a Zookeeper Cluster – Beginners Guide 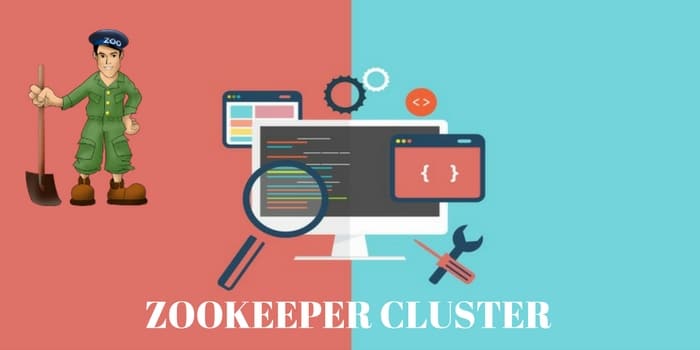 Zookeeper is a distributed coordination tool which can be used for various distributed workloads. In this article, we have explained the necessary steps to install and configure zookeeper cluster with a definite quorum.

1. Three VM’s. (Forms a quorum). For high availability cluster, you can go with any odd number above 3. For example, if you set up 5 servers, the cluster can handle two failed nodes and so on.

2. VM’s with inbound connections on ports 2888, 3888 and 2181. If IPtables is enabled, make sure you enable the specified ports because zookeeper communication happens through these ports.

Note: If you are using AWS or any other cloud provider, apart from server level inbound connections, make sure you enable the security groups or endpoints for the zookeeper ports.

You need to perform the following steps in all the three VM’s.

2. Install Java if is not installed.

3. Download zookeeper. b If you wish to choose another version, you can get the download links from here.

4. Untar the application to /opt folder

6. Create a zoo.cfg file in /opt/zookeeper/conf directory with the configurations shown below.

In the above code, server 1, 2 and 3 represent our three zookeeper servers. You need to replace the Zookeeper_IP with relevant IP or resolvable hostnames.

7. Create a zookeeper directory in the lib folder. Thar will be zookeepers data directory as mentioned in the zoo.cfg file.

Configuring Zookeeper as a Service

Zookeeper can be started and stopped using the scripts. But it is good to run it as a service to manage it in an elegant way.

2. Add the following below the shebang “#!/usr/bin/env bash” to add zookeeper to the system start up.

3. Find a line which says “# use POSTIX interface, symlink is followed automatically”. Replace the existing variables after that line with the following.

4. Now, create a symlink for the zookeeper service.

5. Add zookeeper to the boot menu.

6. Now, Restart all the servers.

7. Once restarted, you can manage zookeeper servers using the following commands.

8. When you check the status, it should produce an output like the following.

out of three servers, one will be in leader mode and other two will be in follower mode.