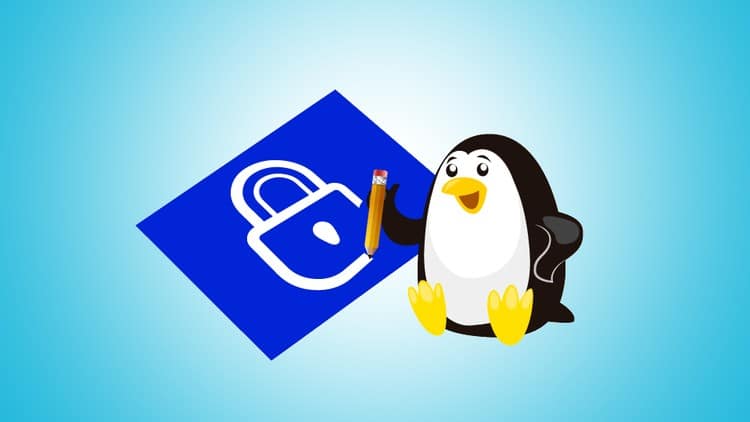 For every system, the firewall is a must have for security. In Linux systems, a firewall can be implemented using iptables command line utility. It is very powerful for setting firewall rules for enhanced security. Under the hood, iptables interact with packet filtering hooks of the kernel’s networking stack known as Netfilter (http://www.netfilter.org/) framework. It can manage packet filtering  and NAT  rules.

Getting Started With iptables

iptables utility uses table concept to organize the firewall rules. Tables, in turn, contains a set of chains. And chains contain a set of rules.

There are four types of tables.

It is the default iptable. This table decides if a packet should be allowed to its destination or not. A typical packet which reached filter table will go through any one of the following three chains.

You can view the filter table in your system using the following command.

1. PREROUTING chain – This chain is mainly for DNAT (Destination NAT)

2. POSTROUTING chain – This chain is mainly for SNAT (Source NAT)

Note: Read about DNAT and SNAT with the example from here .

3. OUTPUT chain – If the packets get delivered locally, this chain is used.

You can view the NAT table using the following command.

This table is primarily used for altering the IP headers. It has the following chains.

This table provides a mechanism to mark packets for opting out of connection tracking. http://people.netfilter.org/pablo/docs/login.pdf

Mangle table has the following chains

This table is related SELINUX. It sets SELINUX context on packets. To be more specific, it is used for Mandatory Access Control https://en.wikipedia.org/wiki/Mandatory_access_control 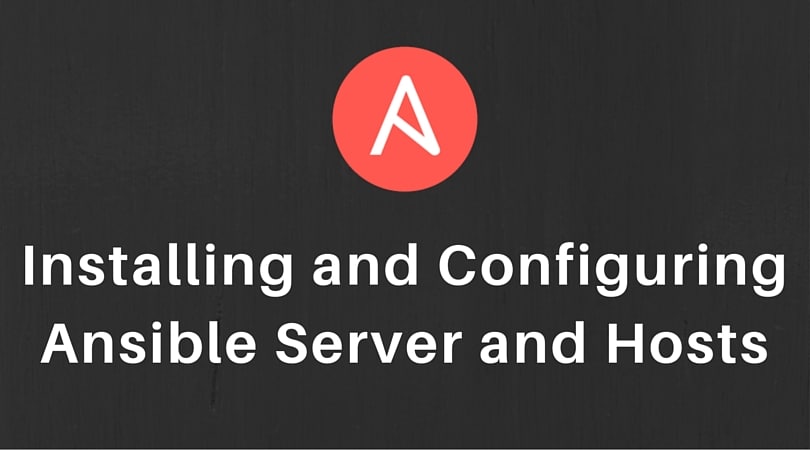 This guide will teach you to install and configure Ansible control server on a Ubuntu/Centos/Redhat/fedora  servers. Also, we will see how to configure hosts that have to be managed by Ansible server. I would strongly suggest using Vagrant for all Ansible test purposes.

Choose any of the following three methods for installing Ansible based on your operating system.

If you have python pip in your system, use the following pip command.

Here I represent all the servers that have to be managed using Ansible as hosts. Ansible keeps track of the hosts using the inventory file ( A file with list of servers). It has the IP address/domain name of the hosts with username, password or key information to connect to the node.

Now let’s disable host key checking by replacing the host_key_checking parameter to true so that Ansible won’t prompt for host key checking. This is not recommended for production deployments

By default the inventory file named hosts is present in /etc/ansible/ directory. If you open the /etc/ansible/hosts you will find the sample host entries. Lets keeps this file as a backup and create our own hosts file.

Now we have an empty hosts inventory file. Let’s create it from scratch.

In every environment the servers are segregated as web group, DB group, app group etc.. we can have similar segregation in our inventory file using labels. It is a recommended way of managing servers. For instance, you might have dev, test and prod servers. In this case, you can group servers from different environments under different labels.

Create two new hosts, get its IP address, username, and password/key. We will use these new hosts for testing.

Now we have the Ansible control server and two hosts that need to be managed. My hosts IP addresses are 192.168.2.30 and 192.168.2.40 and I will be using it throughout the example. Replace it with your hosts IP address.

Define the hosts in /etc/ansible/hosts inventory file with dev, dev:vars and local label as shown below.

Now we have every Configuration in place. Let’s test our configuration using the following command.

You should get the following success message.

Permissions in Linux plays an important part in administration as well as application configuration. Whether you are a system administrator or a developer, it is mandatory to understand how permissions work in Linux systems.

At times, even will get confused about the numbers and notations used for setting up file permissions. In this article, we will learn the concepts and commands involved in Linux file permissions from a beginner perspective.

Before diving into commands, you should understand the basic notations used for representing permissions.

The read, write and execute Permissions are denoted by letters r, w and x

Read, Write and Execute can also be denoted using Octal.

Let’s say a file has read, write and execute permissions, then you can denote that in a number as 7 (ie, 4+2+1=7). You will understand about this more in the following sections.

User, Group and Others (UGO)

User – The owner of the file. Mostly, one who created the file.
Group – The group which the file belongs to.
Others – Everyone other than the user and the group.

Every file has a permission associated with it. To list the assigned permissions for files (also hidden files) in your current directory, use the following command.

Now, lets dissect the output and see how to understand the permissions of files.

-rw-rw-r–. represents the file permissions. if the line starts with “-” it means it is a regular file. If it starts with “d” then it is a directory. Followed by that, you have three sets of “rwx”.

In the above output, the first line shows the permissions of the demo.sh file. It shows that it is a regular file and permissions as follows.

Have a look at the following image for better understanding.

Changing permissions of a file

“chmod” command is used for changing the permission of a file/directory. You need two parameters for chmod command as shown below.

Permissions can be assigned using “+” and “-” symbols. Lets look at some examples.

2. To revoke the access given to the user, you can use “u-” command as shown below. This will unset all the given permissions.

In the same way, you can replace “u” with “g” and “o” for assigning permissions to groups and others.

3. To assign permissions for ugo at the same time, you can use the following syntax.

We have seen how octal can be user to represent permissions. Have a look at the image below to get more ideas about octal representation. 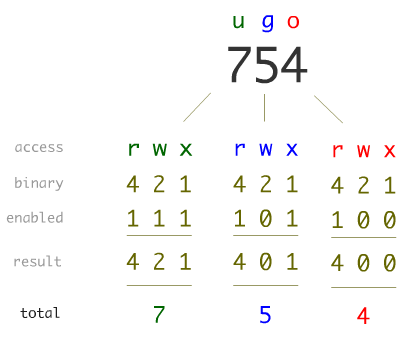 While using octal, we represent the permissions using three numbers. First for the user, second for the group and the third one for others.

1. To give the user all permissions use the following form.

2. To give the user all permissions, the group just read/write and others only read, use the following command.

In this manner, you can assign different permissions to users, groups and others.

The sticky bit is a Permission bit for a file or a folder. It  is set, only the file or directory owner and the root will be able to delete it. This permission is very useful in scenarios where you want to share a folder with multiple users. Sticky bit avoids deliberate and accidental deletion of files by other users.

In the above command, 1 represents sticky bit and 755 represents the normal file permissions. To ensure that sticky bit is assigned, user “ls -la” command and see if a T flag is added to the permission block as shown below.